TWO DAYS ONE NIGHT IN SINGAPORE

TWO DAYS ONE NIGHT IN SINGAPORE

Moving from Indonesia to Malaysia was a shock. We realized we were going from third world into the first world. Some may feel that that a window had been opened to allow in fresh air with the more advanced country, but I was surprised how much I missed Indonesia, its simplicity and the warmth and friendliness of the people. I hope Indonesia never becomes a first world country if it means losing the contentment and the beautiful open smiles of the Indonesian people.


We were going to really push the envelope and visit Singapore, one of the top first world countries. With the boat safely moored in Puteri Harbour Marina, and time up our sleeve as we waited for a new fresh water pump for the motor, we decided to go back across the Singapore Strait the easy way, by bus. As Puteri Marina is a bit isolated, marina guests are taken to the market, the mall and to the Singapore bus station by courtesy bus. We arranged a 7am pickup, but because of a glitch we didn’t get to the bus stop until after 8am. A quick dash to the money changer for Singapore dollars and we were on the bus with a full bus load of Malaysia to Singapore commuters. Four dollars took us across the bridge that only a few days we had motored under, through Malaysian immigration, Singapore immigration and on to the MRT, Singapore’s super efficient train system.


Straight away we noticed the lack of rubbish and graffiti and the trains looked like they had been commissioned yesterday, they were so clean and unmarked.


There were no piles of rubbish, no groups of brown faced, smiling kids and not a rooster or chicken in sight. Instead there were manicured gardens, orderly streets and futuristic multi storey buildings. Where are we now? I love that about travelling; you never know how the day will go and where you will end up. 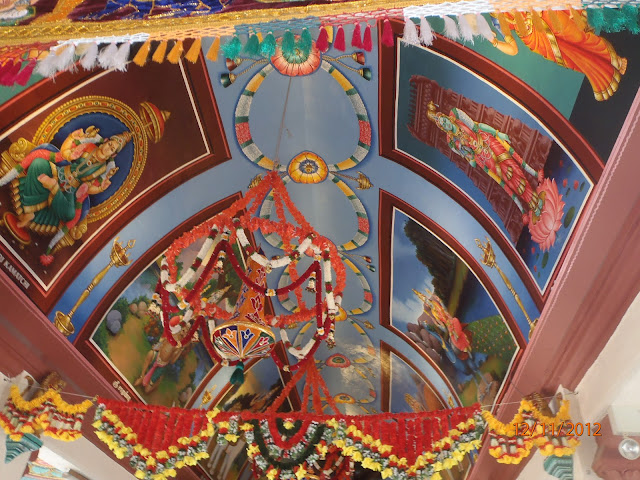 The MRT was easy to get your head around and we negotiated it like pros, nearly. Our first stop was China Town, where we wandered up and down the interesting little lanes packed with mainly touristy nick knacks. I wandered into the Sri Mariamman Temple, a Hindu temple festooned with highly ornately painted ceilings and pointed roofs crowded with figures seeming to jostle each other for space. I was lucky enough to share a special moment with a beautiful sari clad woman who was giving out spiced rice to visitors to the temple. This day celebrated thirty days since her baby boy was born, and it was on this thirtieth day that she could come to the temple to pray and to name him.  In the days since his birth she could not visit the temple and her little baby had no name.

Rob and I visited another temple in China Town, this time The Buddha Tooth Relic Temple. Apparently the authenticity of the tooth is somewhat in doubt, but the temple was magnificent. The ornate decorations and the gold everything was overwhelming, but there was a sense of peace and calm about the place that was a nice contrast to the hubbub of China Town. We made our way to the roof garden and that was an absolute treat for already weary foot travellers. Lush foliage and trickling fountains encouraged long pauses on strategically placed bench seats. The second treat was the basement restaurant that served vegetarian food for $3, including a soup, choice of three dishes and rice. I was happy, Rob, not so much!


The People Park Complex is famous for its reflexology shops and it is recommended that you look for an older Chinese man to do your treatment. For $20 each we had 30 minutes of foot reflexology and 15 minutes shoulder and neck. Side by side in big comfortable lounge chairs, it was just what foot sore travellers need, except, my older Chinese man was so enthusiastic that I still carried the bruises on my feet a week later. It felt great when it stopped but was agony in the process. Whenever I groaned or grimaced he just looked up and smiled. “Ah, I found the right spot!” Rob’s man was much gentler. No bruises.


Little India is where we had booked our hotel, so we worked the MRT again, swapping trains without having to wait more than a few minutes. First world does have its advantages! Rob had booked our hotel on line and it cost about $108AU. It looked good in the photos! When we opened the door all we could do was laugh. The queen size bed was pushed to the wall, but to walk around the room one person virtually had to swing their legs up on to the bed to allow passage. The bathroom was so tiny that the shower head was above the toilet. For efficiency one could theoretically do two things at once! You get what you pay for and you obviously have to pay more in Singas. The bed was firm, the sheets clean and it was very convenient for exploring Little India.


Our stay in Little India coincided with Deepavali, a Hindu day of celebration, not unlike our Christmas.  The shops are packed with colourful flowers, decorations and the bakery shops have queues a mile long. The day is one of joy and happiness and celebrated with family.  We went back into the centre at night and the street was wildly decorated with lights and banners. There was a crush of people and a real buzz about the place. We found the Green Banana Restaurant and had the most delicious meal served on a banana leaf as a plate.


On the theme of first world, we visited the Sim Lim Square, a five storey building devoted solely to every conceivable technology. Our search was in vain however, in this vast building full of gizmos, there was not one lighted Kindle cover. A quest I have had for some months.


The last few hours of our stay in Singapore were spent at the beautiful Botanical Gardens. These hundreds of hectares with meandering paths, beautiful lakes and carefully tended gardens deserved much more that a cursory look. We ate at the open air cafe and watched as a tropical downpour had people scurrying for shelter. The rain washed away the heat of the day and filled the air with the wonderful aroma of wet earth.

Our trip home was without a hitch as we negotiated both countries customs in the reverse order. We finished up at the night market in Johor Bahru where we shopped for fresh vegetables, ate at our favourite eatery and met the bus back to the marina. Home at last. Exhausted but happy after a great two days. 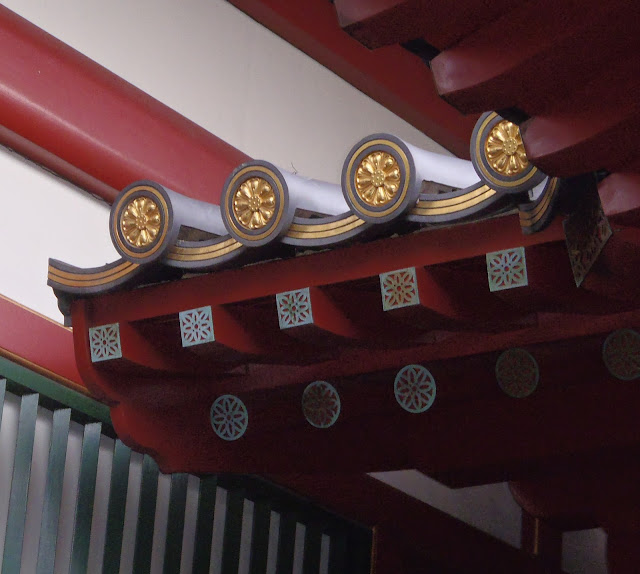 Email ThisBlogThis!Share to TwitterShare to FacebookShare to Pinterest
Location: Singapore