The beautiful Similans are located only 34 nautical miles off the west coast of Thailand. They are an absolute treasure with incredibly clear waters and masses of huge fish. Because of the National park status of the islands, the fish have been allowed to grow into handsome big specimens.  The island group comprises of nine islands, hence the name Similan, which comes from the Malay “Sembilan” or number nine.  Unfortunately, the islands are so close to the mainland that it opens the door to mass tourism, with literally thousands of day trippers coming to the islands every day in the dry season. Thank goodness for the raging winds and rain of the wet season.  Perhaps the islands have a chance to recover from the tourist invasion in the off season.

Being on our own boat we have the luxury of being able to tarry after the hordes of tourists have gone. We can enjoy in peace the pristine beauty of the islands for a few hours in the early morning and evenings. The snorkelling is spectacular and we went out two or three times every day until we felt quite water logged. Apart from the rich array of fish and turtles there is one island just north of Koh Muang where massive smooth boulders the size of houses tumble down through the deep sapphire water into 35 metres of deep clear blue.

Most yachties don’t stay long at the Similans. Some have been so miserable that they have had to beat a hasty retreat in the early hours of the morning because of the constant swell that plagues the islands. We stayed four nights. Of the four, one night was dreadful due to the rolling of the boat, the second was bearable and we were lucky enough to find anchorages where we had two good night’s sleep. It is testing though, and we played a not so amusing game of musical moorings in search of a calm night. 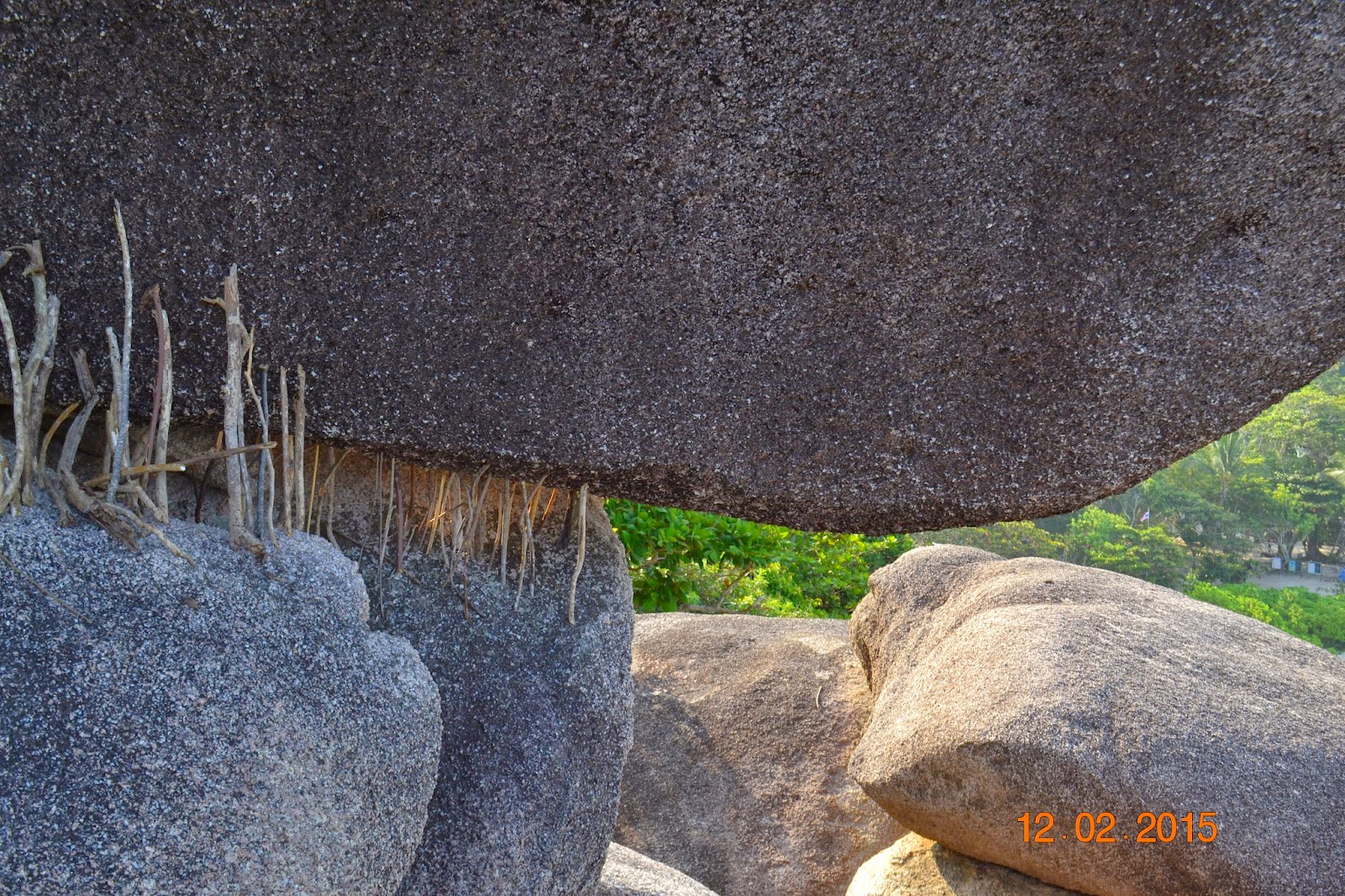 
You can see the impact of tourism by the amount of plastic rubbish that floats through some anchorages, especially the more popular island of Koh Muang. Rob decided to do his civic duty and motored around the anchorage using our scoop net to collect some of the detritus.  Two rangers became very suspicious, perhaps thinking that this man was actually fishing in the marine park! When Rob held up the collected plastic they smiled broadly, with relief, I suspect. 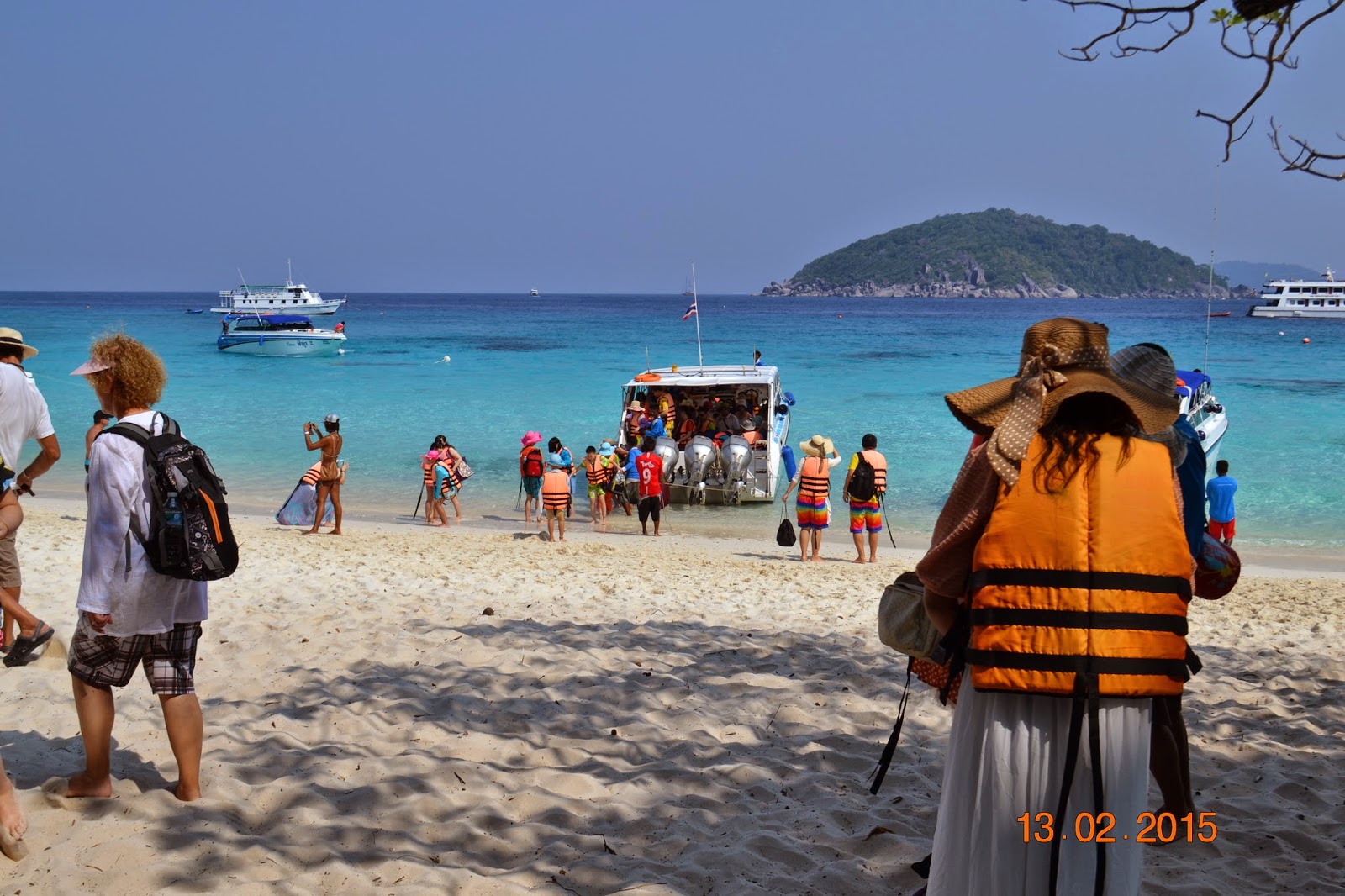 We had mixed feelings about the Similans:


Too many tourists, too much rubbish, challenging and uncomfortable anchorages.


Post Script: The Thai government has now started implementing more stringent regulations to protect these islands. They are now capping the number of tourists to 200 per day and are requiring tour boats to take their rubbish back with them.
Posted by Diana and Rob at Wednesday, March 25, 2015