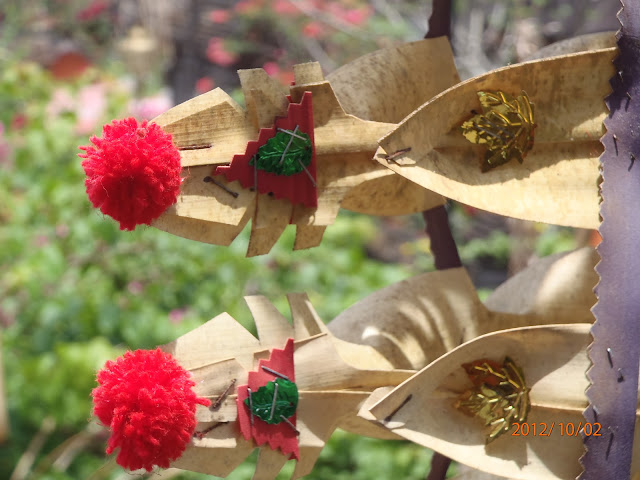 
Bali was a long day’s sail of twelve hours, six am to six pm and 73 nautical miles. We managed to sail for half of that which is becoming more difficult as we get closer to the equator. But nonetheless we crept into Lovina Beach which is on the northern coast, just on sunset. Lovina Beach is famous for dolphins and dolphin tours abound, but we had our own welcoming committee of fifteen or so dolphins that cavorted on our bow for at least half an hour. They performed barrel rolls, leaped out of the water and lined up in military precision on either side of the bow. We do get a bit blase about dolphins but this was a special show and it brought a smile after along day.


Our second escort came in the form of an older man in his canoe. He pointed out a good anchoring spot and before the anchor was barely down he advised us of his services. Nothing was impossible; diesel, petrol, water, laundry. His motto should have been “Your wish is my command.” This could be cruiser’s heaven. The anchorage was packed with the usual bevy of cruising yachts but there was plenty of space. Ashore there were great cheap restaurants, day spas, a traditional market with fresh fruit and vege and bars that became yachties hangouts, where we caught up with everyone’s news.


Our first full day was spent with our friends, Elise and Dan and Elise’s dad, Ken. They had rented a suite at a resort and seeing as it was AFL Grand Final Day, the Aussie owner laid on a feast of chicken wings while the blokes watched the footy. We lazed the day away around the pool sipping fruit cocktails. This cruising life is getting a bit decadent lately. I fear that the holiday may be coming to an end soon. We've got some big miles to cover coming up. 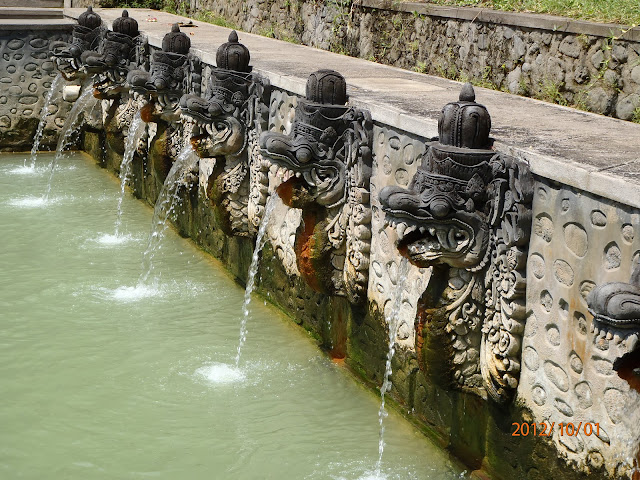 With the boat securely anchored we did the tourist thing and went to see the local hot springs where Rob soaked his injured shoulder under a jet of warm therapeutic water. We also hired a car to take us to Ubud for about $35AU each way. Our driver stopped off at the local Luwak Coffee establishment. This coffee is famous for the way it is processed. The Luwak, a cat like animal is fed the coffee berry which through nature’s course then comes out the other end, supposedly much improved. The beans are roasted in the usual way and voila, very good, very expensive coffee!


Our bungalow in Ubud was magic. It was completely free standing with its own veranda and overlooking a wonderful swimming pool and all for $25 a night, including breakfast. Ubud itself was a bit disappointing. I visited there in 1989 and I have memories of quaint wood carvers’s shop set along interesting little leafy lanes. Instead the main street is now shop after shop selling to the tourists who wander up and down looking for a bargain.


Our accommodation was set off on a more interesting side street away from the maddening crowd. There we could eat leisurely meals overlooking a more traditional scene. A highlight was a short walk at the back of our hotel that meandered through rice paddies and finished up at an organic farm and coffee shop where we had freshly made mint and lemon grass tea. The excursion to Ubud was a pleasant respite from the boat, but also a little taster of what Bali has become.
Posted by Diana and Rob at Sunday, October 28, 2012