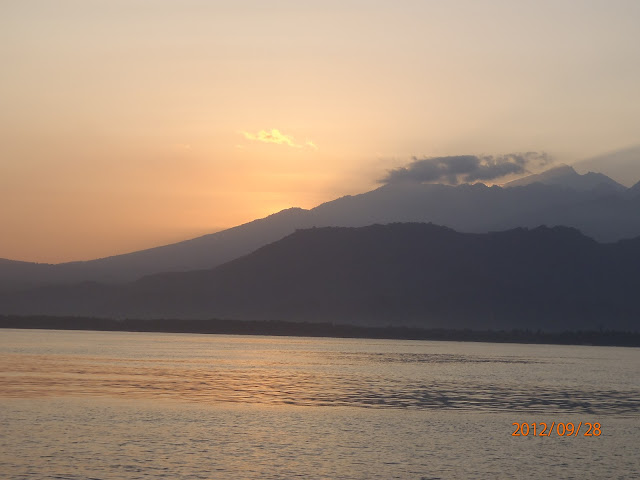 Arriving in Lombok was like stepping back into reality after being in a meditative state. We had been to a calm place of stunning anchorages, humble villages, simple but gentle people with enviably simple lives. Lombok anchorage was full of all the Sail Indonesia yachts crammed in together and with the predictable niggles and stresses. We’re anchored too close to that boat or “You have dropped your anchor over my anchor chain.” But Lombok was a necessary stop where we had to renew our visas and it was great to catch up with friends that we hadn’t seen for a while and to hear their stories and experiences.


Lombok is a beautiful mountainous island with lots to see and do, and as we had to wait for our visas to be processed it was a great opportunity to become tourists. Our first tourist effort was a bit disastrous though. We motored over to the famous Gili Islands. The three Gilis are famous for wonderful diving and snorkelling, restaurants, accommodation and bars right on the beach, or so I’ve heard, we didn’t actually set foot ashore. We arrived in the small bay on Gili Air where there are several moorings. Most were taken but we picked one up that looked OK. After settling it became obvious that it was going to take us way too close to another boat, so we dropped that mooring and decided to try to anchor. The bay is fairly deep, about 20 metres or more, but we found a shallow patch quite close to shore. Settled in once again I started to give the boat a well needed wash down with the deck wash. Not long into this therapeutic job I was yelled at by a passing boat that we couldn’t anchor there. We were told we had to pick up a mooring and pay 50,000Rp a day  (about $5AU). OK off we go again, but this time the anchor wouldn’t come up. It had snagged something on the seabed. The poor old anchor winch that had been squeaking and complaining about the many deep anchorages that it was expected to haul the anchor from, gave up the ghost. The two of us hauled the anchor up by hand and discovered that we had snagged a submerged mooring. Rob valiantly dived down and released the anchor and we were free to try to find another nesting place.
A mooring further out had become free so we picked it up thinking that now we should be OK. Oh no! Not to be. After we had been settled for quite a while a man from a nearby boat who had just returned from ashore,  told us that our mooring was unsafe and had dragged onto him during the night. Further more, as his boat was without batteries he couldn’t move. By this time it was getting late and we were running out of options. We couldn’t try to anchor again as the anchor winch was cactus and there weren’t any other moorings to be had so really we had one option and that was to get back to Lombok and get the anchor winch sorted. It was not ideal leaving the coral strewn anchorage so late in the day but leave we did. We slowly picked our way back along our inward track and into a nearby and less crowded bay.  It turned out to be a beautiful bay with only a handful of yachts, and the anchor dropped into 14 metres in sand. It would be a good place to look at repairing the anchor winch.


Luck was with us as anchored nearby were our friends Francis and Gary on “Sea Dragon”. Newly arrived on board their boat was their crew Mal, a naval engineer. Before we knew it he and Rob had the anchor winch sorted and running better than before. It appears that when it was last service the internal clutch spring was placed wrongly and all this time the poor old thing had been working doubly hard to keep going. That and a broken retainer clip, which was replaced by an improvised one and it was as good as new. Relief was palpable on board The Doc that day. Life without an anchor winch in these deep waters was not an option and the thought of having it repaired in Indonesia with all its inherant difficulties was not appealing either.


So the Gili Isles were not to be, but we repaired an essential item, made new friends and found yet another perfect bay.
Diana 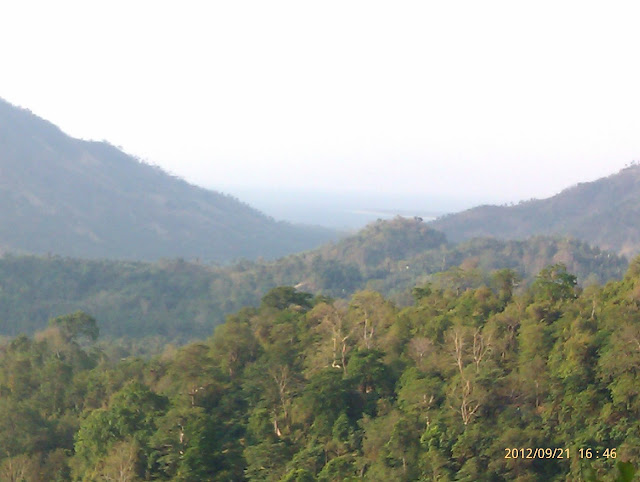